Tenuta di Castellaro and the rediscovery of Corinto Nero.
26 March 2021
Among the various phases that characterized the birth of the production philosophy of Tenuta di Castellaro, which took place in 2005, the massal selection carried out on the few Corinto Nero vines still present throughout the Aeolian archipelago is of great importance.

Our Corinto Nero vineyards are the result of careful mass selection on the few remaining vines of the seven islands of the archipelago with the aim of recovering this ancient variety.

This could be considered as a true work of "oeno-archeology" as the Corinto Nero was almost extinct and, therefore, we went around the seven islands looking for the oldest vines still alive.

We selected vines with small and sparse bunches, less sensitive to virosis and with superior organoleptic characteristics but above all different from each other in order to achieve the self-reproduction of healthy and organoleptically different vines.

Fundamental was the discovery of some centuries-old vines within an old volcanic crater on Lipari, called Fossa del Monte, so rich in ash and sand that it saved them from the spread of Phylloxera at the end of the 19th century.

Corinto Nero represents our production philosophy and, after vinifying it in blend with other Sicilian varieties, we were the first to vinify it in purity. 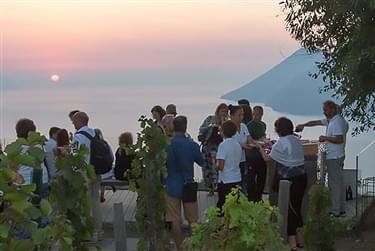 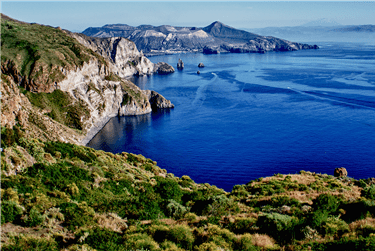 27 January 2020
10 things to do in Lipari
for an unforgettable holiday
Read more
;
Subscribe to our newsletter