The Kaolin Quarries
In the history of the heart

Many are the foreign travellers who, in the wake of Ulysses, visited

Sicily during the eighteenth and nineteenth centuries.

These travellers were important personalities of their time: among them the well-known french writer Alexandre Dumas (father) who went as far as the Aeolian Islands in 1835 remembering them in the beautiful pages of his travel diary: “That vast and calm sea, dotted with islands and islets, it was truly amazing enclosed as it was in that vaporous horizon formed by the Sicilian coasts and the mountains of Calabria”

“...can this rock burned by fire, this air-hardened lava, these slags scratched by storm water, be a homeland?”

In order to best preserve this site, Tenuta di Castellaro, after the acquisition, immediately undertook to clean up and reclaim the area, with the desire to transform the Kaolin Quarries into a geomineral park, freely accessible to all.

Past and present make the Kaolin Quarries a place to live, to get to know in depth the spectacular intertwining of nature and memory. 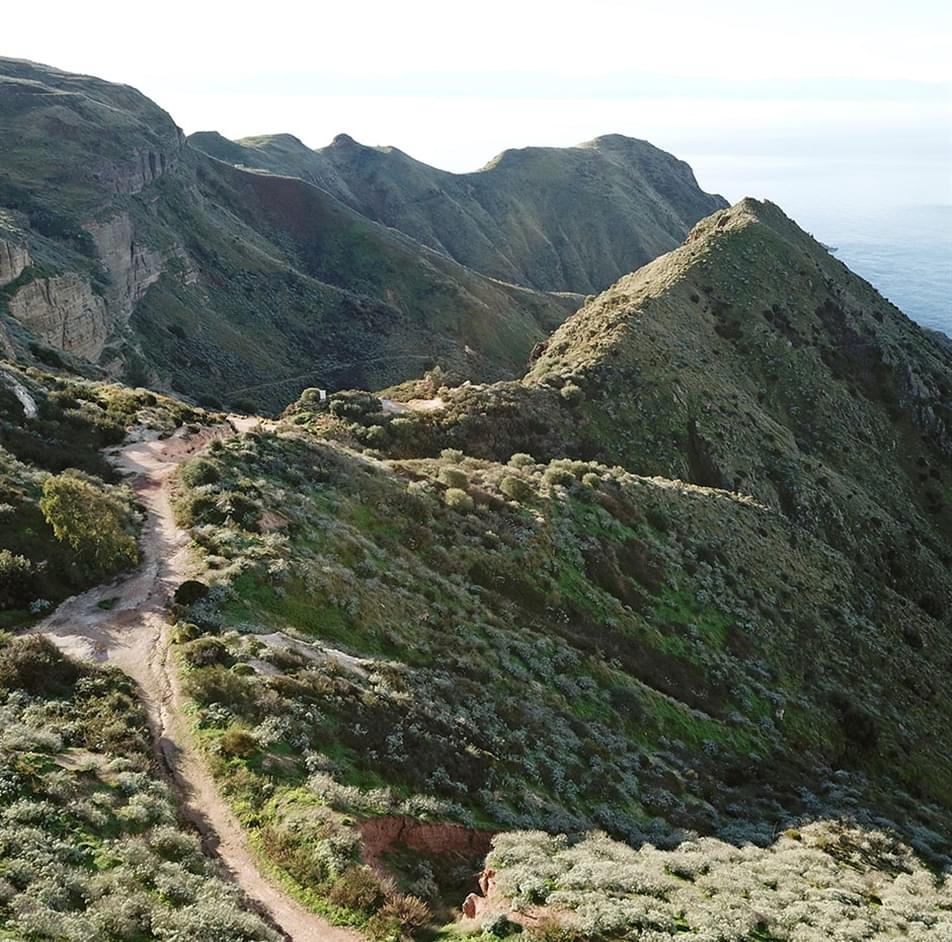 Kaolin Quarries
The path in the quarries

The Kaolin Quarries, for the inhabitants of Lipari and not only, have always been an attraction of strong appeal thanks to the magical atmosphere that reigns, where the scent of the sea, the colours of the rocks and the music of the wind reign supreme.

The path runs along the walls of the quarry, where you can see ancient smokers still active that have produced showy polychromies, and the tuff walls of Timpone Pataso.

This wonderful side of the Lipari Island is covered by vast meadows with Hyparrhenia hirta, of great landscape importance; in spring this environment, reign of the royal seagull, is animated by the showy flowering of many wild orchids, such as the "tongue-orchid", the "dal corno" orchid and the "italian" orchid.
At the edge of the paths, the Aeolian cornflower is frequent, which blooms during the summer season. 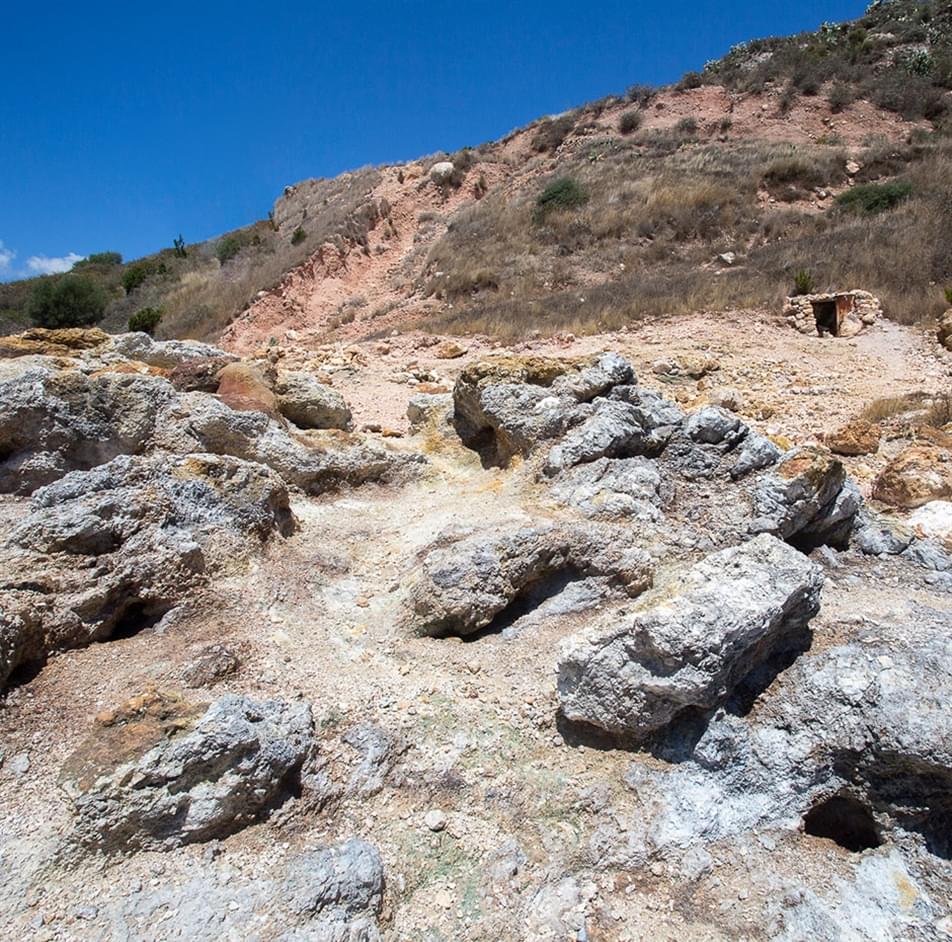 The Kaolin Quarries
The geological history

The Aeolian Islands are a pole of inexhaustible geological interest: the fairly complex picture that characterizes Lipari is the result of the numerous episodes that took place during two main stages of volcanic activity. The Kaolin Quarries represent the geologically oldest part of the island; phenomena of secondary volcanism are clearly visible along the path that descends towards the sea, to the left of the quarries, which leads to the cliffs of the Palmeto area.
These smokers, known since the second half of the 4th century BC, have produced showy polychromies, the result of alterations of the rocks. 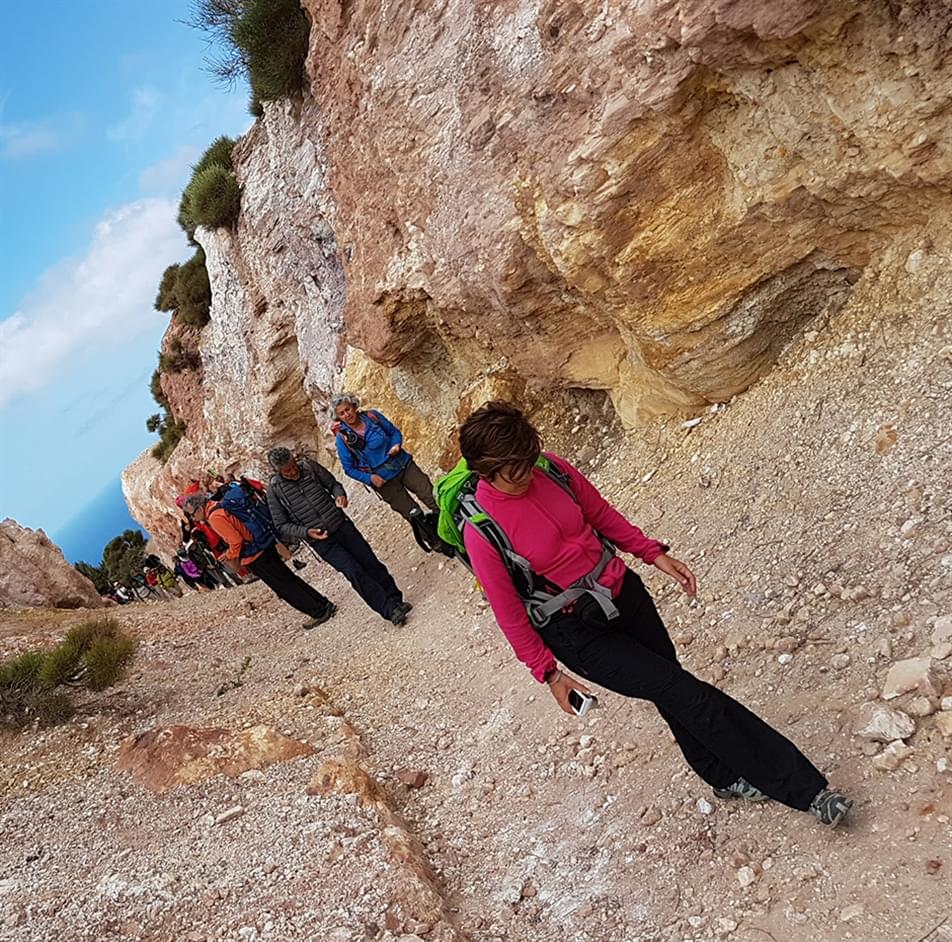 The Kaolin Quarries
Walks of life

In collaboration with the institutions, the Aeolian Studies Centre and the Nesos Association organize educational, cultural and artistic events and activities to promote and enhance the magical reality of Kaolin.