With this concept, Tenuta di Castellaro intends to synthesize its model of winemaking. The use of the most advanced technology in the vineyard and in the cellar, aims to enhance the values linked to the most ancient wine-making methods.

Respect for nature, man and tradition are the cornerstones of the philosophy that Tenuta di Castellaro has embraced since the early stages of the project, through the enhancement of human resources, integration with the territory, use of natural resources, the landscape enrichment and the maximum consideration for history and culture of the place. 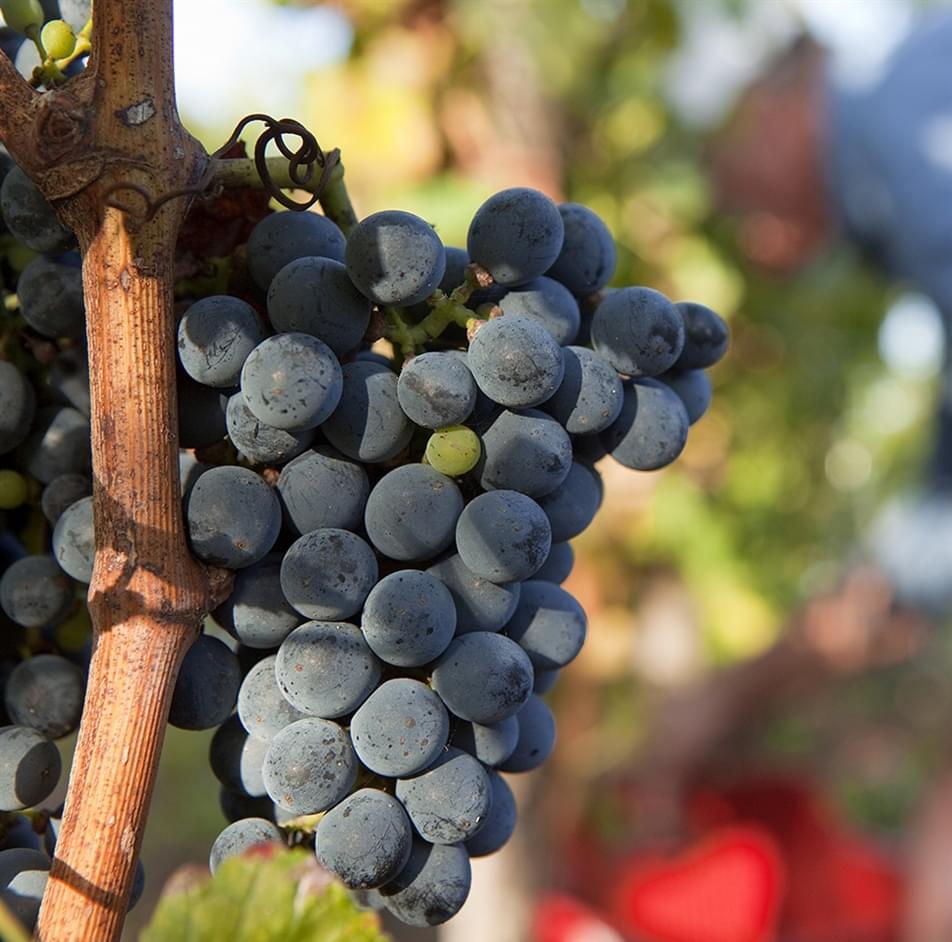 Philosophy
Centuries-old methods and love for the land: passion to make wine

The first phase of Tenuta di Castellaro's wine project was carried out though a mass selection of the oldest vineyards of the Aeolian archipelago.

Originally from the island of Crete, Malvasia owes its name to the ancient port of Monemvasia, in the Peloponnese penisula, from which Hellenic wines departed to travel the routes of the Mediterranean.

Corinto Nero is a very ancient vine coming from the lands of the homonymous Greek city.

These two varities were introduced during the period of Hellenic colonization, finding the ideal conditions to express their qualities on small volcanic islands. 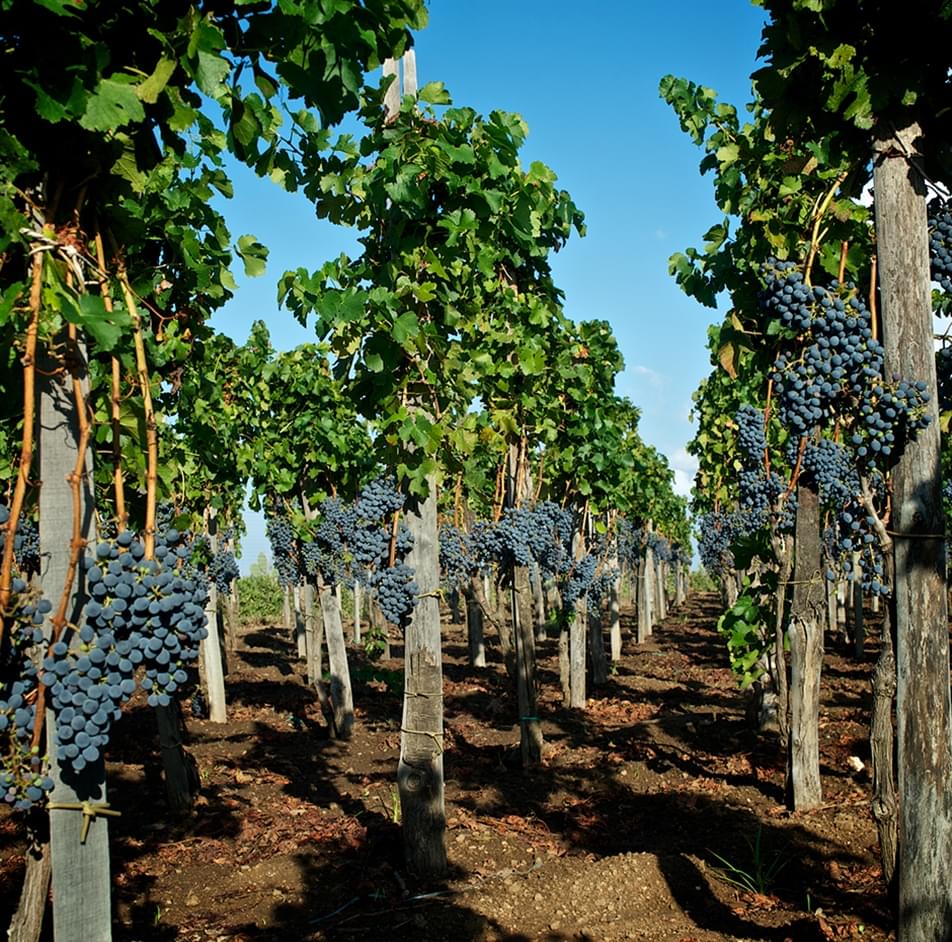 Philosophy
The vines of Corinto

The French nurserymen “Pepinieres Guillame”, who were specialized from 1895 in the production of quality vine plants, among the most famous in the world, have subsequently carried out a clonal selection of the two vineyards, guaranteeing to Tenuta di Castellaro the national primacy of the cultivation of the Corinto.

Through a research aimed at a viticulture of "excellence", a method of breeding and cultivation of the vine is born by using advanced technologies and tools, succeeds in exalting as much as possible the winemaking tradition of the territory. 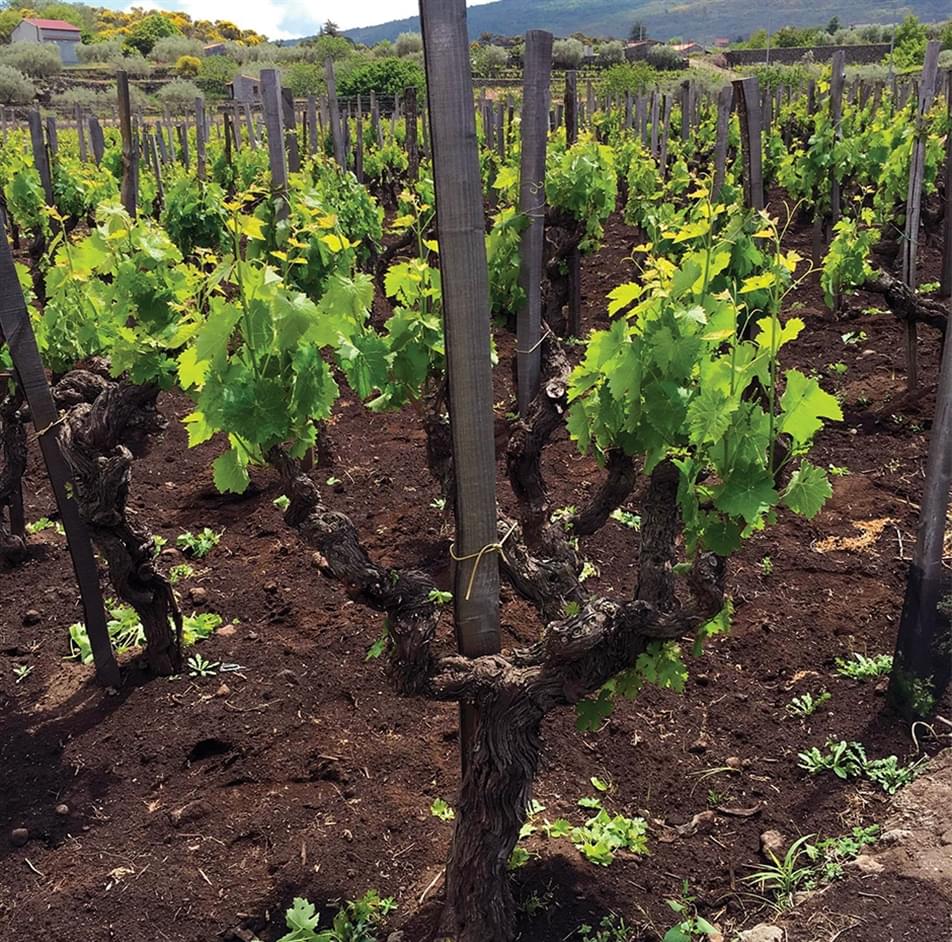 Tenuta di Castellaro decides to adopt, for all its vineyard, the old head-trained system of cultivation, a high-density regime where every single plant is considered as an individual and the vineyard as a community. A “quinconce” planting where each vine is at the apex of an equilateral triangle, at a distance of 1.20 meters. per 1.20 metres, guaranteeing the plant total exposure to all weather events at 360 °. Each plant has a deep root system, which goes towards the deepest part of the soil, rich in minerals and other elements that characterize all our wines.

The loving care that we reserve to each phase of cultivation and production, allows our natural wines to stand out for their uniqueness and excellence.

Put one foot in paradise
Subscribe to our newsletter